Bridging the gap between classical music and technology

A weekend long programming event organised in an art institution is an exciting way to explore and find common ground between the ever-evolving world of technology and the precious legacy of art and culture.

We organise courses and coaching for art organisations and artists to plan and execute what is the best way to document and communicate their work online.

We benchmark, evaluate, compare and connect with the best rising talents in technology to create your digital projects in the best possible way and fitting to your budget.

ExClaM! Digital created a progressive and of world class quality website for the Sibelius150th Anniversay. A sound web and social media visibility helped us to reach and bring together the wide and international Sibelius community and spread information about the hundreds events outside of Finland.

SibHack, created by Katariina Nyberg, was a fantastic event, which delivered well beyond my expectations. Its two greatest strengths were its approach to treat engineers as artistically creative people with a musical brief, and hosting an event that built a community of these imaginative technicians, which is crucial to delivering successful digital projects in the Arts.

Our vision, mission and values

We envision a world, where anyone has the possibility to enjoy high-quality live music performances.

So that anyone could have the chance to get information about concerts, get excited about classical music and find their way to a life performance, we research and create different digital ways to help and inform new audiences and lower the barrier to attend a life concert. In the short term this mean that we help artists and art organisations to improve their web visibility and social media contents. In the long term we want to make sure that concert institutions are sustainable and appreciated in their communities. In 10 years the tool and ways to communicate are bound to change, but at the moment the web and social media are at the heart of today’s communication and marketing. We are constantly improving and updating our information by organising innovation workshops and connecting with new digital projects involved with the arts.

At the heart of our activity is the love for classical music and the courage to face change, because we believe that quality music will stay relevant also in the future. 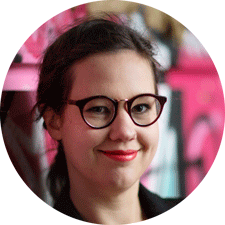 Upon graduating from high school Katariina was asked, what she would like to study. Having played the cello from the age of four and being mathematically inclined Katariina answered without hesitation: music and mathematics. These were her favourite two subjects at school and she wanted to find a way to connect them. Katariina enrolled at the Aalto University to study cross-scientific engineering in IT, Social Studies and Economics with Musicology as her minor. After graduating as a Master of Science (Engineering) she embarked on another Master Degree in Arts Management at the Sibelius Academy. The highlight of her studies was a traineeship at the digital department of the Philharmonia Orchestra in London. Working on digital projects in collaboration with Esa-Pekka Salonen encouraged Katariina to continue finding ways in which technology and classical music can collaborate in a meaningful way. Motivated by her experience and based on her high school dreams Katariina founded ExClaM! Digital in 2015. 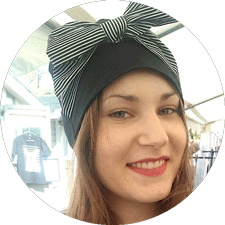 The 150th anniversary of the birth of Finnish composer Jean Sibelius was celebrated in 2015. ExClaM! Digital was in charge of planning the online visibility for the jubilee year. Together with the graphic designer of the project we devised a 360 degree strategy, so that Finnish and international audience could discover the life and work of the famous composer online and through new media applications.

Additionally, Katariina created the online event calendar, which offered everyone a chance to add and manage their Sibelius Anniversary event in the website’s calendar. As part of the anniversary celebrations, ExClaM! Digital also created the social media strategy for the 11th Jean Sibelius Violin Competition and organised an Instagram coaching session for the competition trainees. 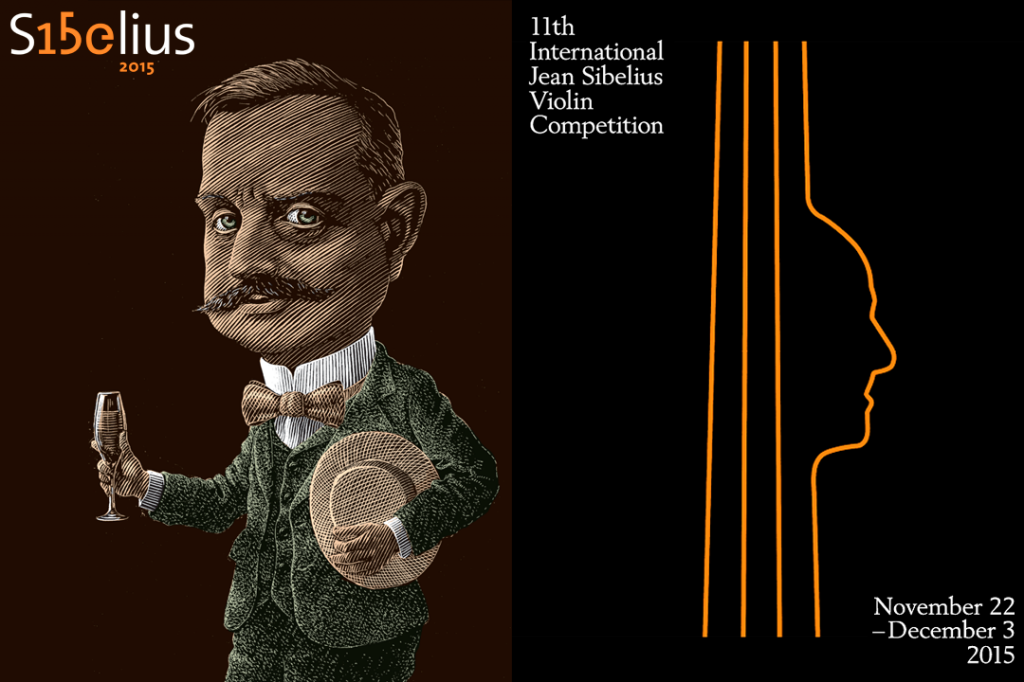 Classical:NEXT was born out of the simple idea to bring the diverse scenes of classical music together and offer them a forum to exchange and develop new ways for classical and contemporary music. Since the first edition in 2012, about 3000 classical music professionals from more than 1000 companies and from over 40 countries have engaged with Classical:NEXT and made it into the world’s most important classical music meeting.

Katariina Nyberg has been appointed as the special jury member for the 2016 edition of Classical:NEXT held in Rotterdam May 25-28. Katariina has curated the NEXT:Tech session, which will be held on Friday May 27 in the afternoon. 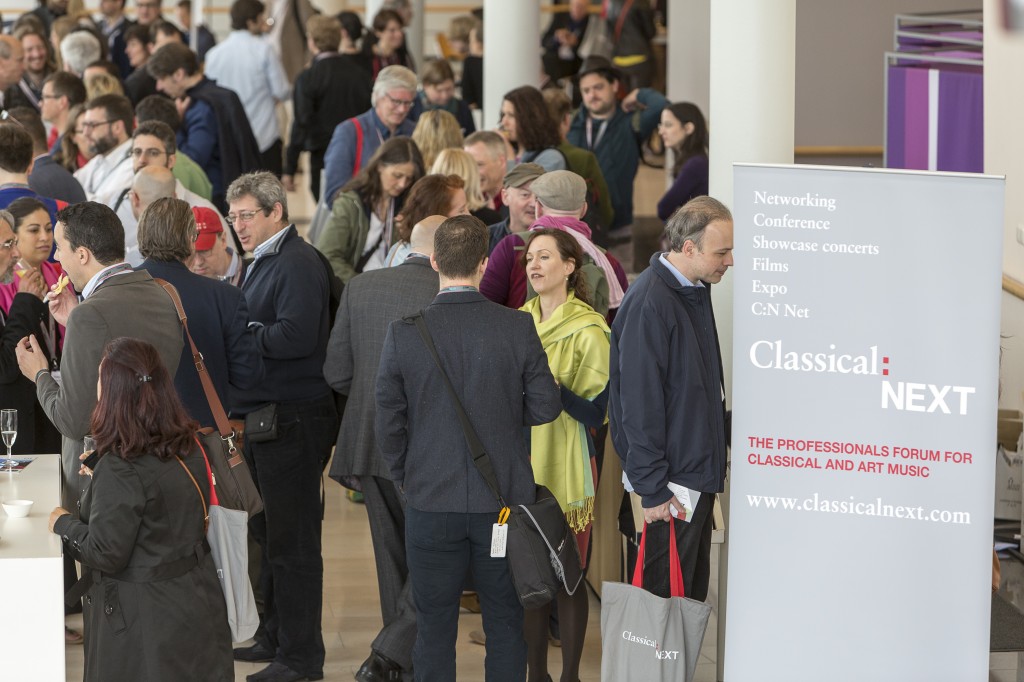 SibHack is an event for code, music and digital creativity, inspired by the life and work of Sibelius. It is a hackathon spanning over the course of a weekend and it looks for creative and open-minded ways to combine the iconic composer with modern technology. A hackathon, is an intensive and playful programming competition popular among programmers. The word comes from combining the words hack and marathon.

SibHack was held in Helsinki at the Ateneum Museum in October 17-19, 2014, and resulted in 13 demos of which 10 were chosen to present at the demo session. Jury members consisting of the director of the Sibelius Birth Town Foundation, Erkki Korhonen, director of the Ateneum Art Museum, Susanna Pettersson, and manager at Eficode, Marko Klemetti, chose the Violin Challenge demo by team #misaki as the winner and the Amazibelius by team #suchtech as a runner-up.

As part of the three year project Social Technology & Art by the Finnish Institute of the Benelux, ExClaM! Digital is creating an online video series that introduces projects in the intersection of art and technology.

The institute launched a dedicated YouTube channel that can be used to share these video examples of best practice and will foster interaction between professionals. It is envisaged that the shared creative and technological platform also has the potential to generate commercial applications.

Katariina Nyberg attended the 2014 Conference of the Asociación Española de Orquestas Sinfónicas (AEOS) in Madrid to tell about SibHack, its results and why orchestras should consider working with young programmers to innovate and find new ways to engage the audience of today. In this talk SibHack, or in general art hackathons, are introduced as a method and first step to discover new digital opportunities for an art organisation.

Music Tech Fest launched in 2012 as a creative playground – a ‘festival of music ideas’ – in an attempt to bring all music tech creators and thinkers under one roof. It was a byproduct of the founder’s EU Roadmap for Music Information Research (MIReS) which aimed at opening up the scientific field of MIR to cultural, social and creative studies.

Katariina Nyberg has found her tribe of like-minded thinkers in the organisers, participants, and performers of Music Tech Fest and has herself presented her ideas and projects at #MTFLondon, #MTFBerlin, and #MTFScandi.

In this talk she gives an overview of the digital development of classical music and introduces the audience to the Finnish contemporary opera duo consisting of the music theatre composer, Miika Hyytiäinen, and mobile opera director specialist, Dr. Jaakko Nousiainen. The duo are constantly working on creating opera experience for the stage as well as native to mobile platforms.